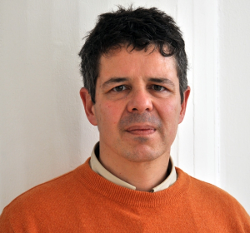 He obtained a BSc in Agronomy and a PhD in Insect Genetics (1997) from the Agricultural University of Athens (AUA). Consecutive Marie Curie fellowships took him to Cardiff University (1998-2001), Liverpool School of Tropical Medicine (2002) and IMBB-FORTH (2002-2004).

He was appointed Lecturer at AUA (2005), Associate Professor at the University of Crete (2008-2013) and – after a year (sabbatical) at the Innovative Vector Control Consortium (IVCC) – Professor at AUA/Director of Pharmacology lab and Group Leader Molecular Entomology at IMBB (2014+). His research explores biotechnology based approaches for insect control and discovery of insecticide targets, specialized on insecticide resistance mechanisms of major agricultural pests and mosquito vectors of human diseases.

He has published over 160 papers (citations >8000; h=44), and gave a number of invited talks worldwide (>100). He is on the Editorial Board of 10 journals and has organized several conferences and symposia. He participates in many international and national scientific panels and boards. His research has received funds from a range of organizations (currently leads two large Horizon2020 consortia). He is member of Sectoral Scientific Council Bioscience (General Secretariat for Research and Technology, GSRT). Member of the Advisory Committee HFRI (ELIDEK) and collaborates with the Ministry of Rural Development and food in the olive fruit fly control program since 2007.